At first glance, fast-swimming pelagic species such as tailor, salmon, trevally, tuna, wahoo, mackerel and the mighty yellowtail kingfish might seem to be about the least likely candidates for successful soft plastic fishing. In reality, nothing could be further from the truth. 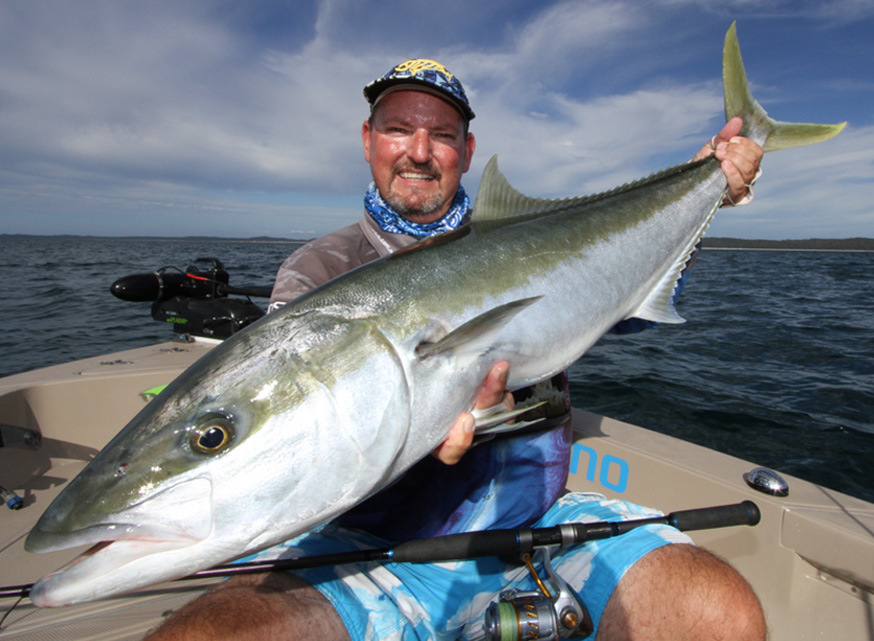 This fact originally came as something of a revelation to me. My eyes were first opened on trips to Cape York and other tropical locations during the 1990s. I’ve always really enjoyed chasing surface-feeding schools of longtail (northern bluefin) tuna and kawa-kawa (mackerel tuna) on both fly and hard-bodied lures in these warm, northern waters. When using hard lures, best results were typically obtained by throwing reasonably small, thin-profile slugs and metal slices in front of approaching schools and then cranking them as quickly as your arm and reel gearing would allow. When dealing with these high-adrenalin, go-fast fish, speed definitely kills. Or so I always thought… 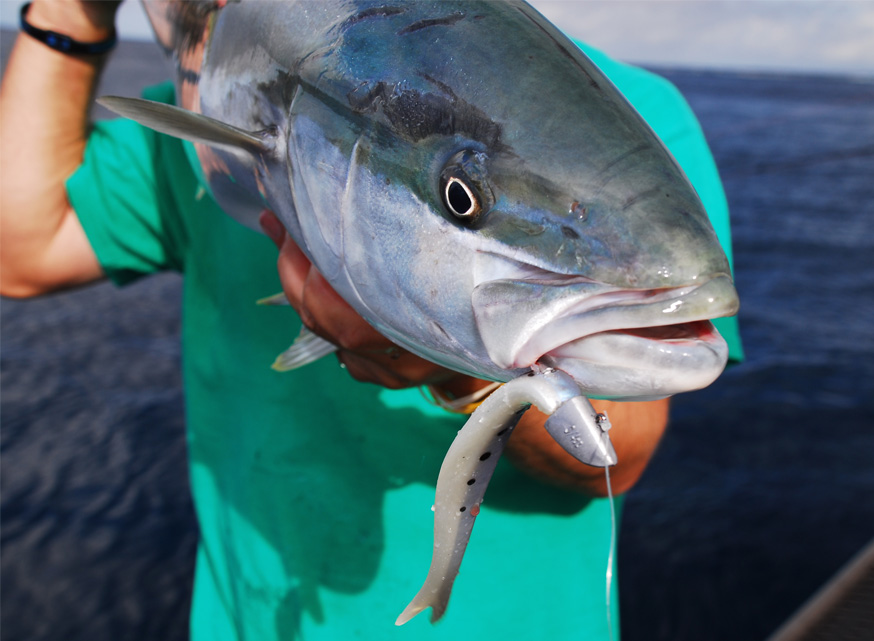 Back in the mid-1990s, more as an experiment than anything else, I began throwing some of the soft plastic Squidgies that Bushy and I had designed at these same fish. The results were spectacular, and really nothing short of extraordinary. Not only did my strike and hook-up rates actually improve, but the need for speed diminished significantly.

By throwing a 60 to 100 mm natural baitfish-coloured shad or fish-shaped tail on a 7 to 20 gram jig head in front of a school of tuna or other pelagics  and simply rolling it through the water at a medium pace with an occasional lift and drop of the rod tip or pause of the retrieve, I found I was almost guaranteed a hook-up. Often, it wasn’t even necessary to retrieve the lure at all. Kingfish and tuna repeatedly ate the jig-rigged Squidgy as it sank on a semi-slack line! It was almost too easy.

Even more exciting was the fact that if I let the lure sink well under the passing school (assuming it wasn’t eaten on the drop), then commenced a slower lift-drop-lift retrieve in mid-water or down near the sea bed, I began connecting with all manner of bonus prizes, including the likes of big trevally, cobia, Spanish mackerel, fingermark (golden snapper), various cod and even some significantly larger tuna than the ‘schoolies’ typically associated with all that frantic surface feeding activity. Down south in kingfish waters we can add snapper to that mix.

In fact, transplanting all of these tactics to cooler southern waters has produced equally impressive results. Not that this should have surprised me. Switched-on sport fishers had been making the move to rubber on fickle schools of Australian salmon and yellowtail kingfish, in particular, for over a decade. Often, when nothing else (even cunning little fly patterns) will pull a bite from these single-minded fish, a lightly-weighted or completely un-weighted soft stick bait such as a Squidgies Flick Bait or Whip Bait tweaked erratically or even fished ‘dead stick’ in front of their noses will do the trick. 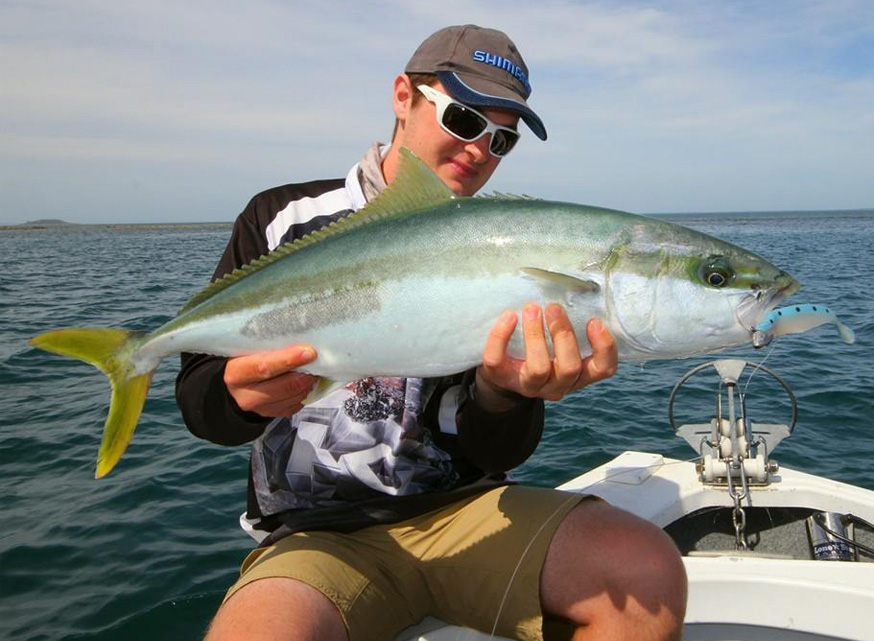 At other times, the same styles of soft jerk bait fished un-weighted on or near the surface with a fairly brisk, jerky retrieve was the next best thing to a live squid for unlocking the jaws of hard-pressured urban kingfish in heavily-fished locations such as Sydney’s Broken Bay, Harbour, Botany Bay and Port Hacking.

In retrospect, none of this should have been too surprising. Quality plastics fished intelligently work for exactly the same reasons on pelagics as they do on nearly every other critter that swims—because they look edible, behave naturally, taste and smell right and feel like food when a predator grabs them. It’s what our American friends would call a ‘no-brainer’. It should work… and it does!